Dr. John Eustis was born and brought up in the snowbelt of upstate New York. After his discharge from the Army he headed to Maine where his love of animals led him first into a dog walking business, then as a Vet Tech and finally to Veterinary School.

After attending Atlantic Veterinary School on Prince Edward Island, Canada, John decided to head west. He went to Portland, Oregon where he lived for 5 years. During this time, besides working as a small animal veterinarian, he traveled through West Africa, the Middle East, competed on the United States National Dragon Boat team and met his wife Gayle.

John and Gayle then decided that they had had enough of the rainy Northwest and bought a mixed animal practice in Southwest Colorado near Durango. It was there that two very important people came into John’s life, his daughters Kailei and Kacey. As John’s family grew he knew he wanted to be closer to his family in New York. John had spent time in Burlington when he lived in Maine and knew that Burlington would be a great place to live and raise kids. In 2005 they sold the practice in Colorado and moved to Vermont. After working in the area for a few years John found that there was a shortage of vets in the Shelburne Rd area of South Burlington and the concept for Orchard Veterinary Hospital was born. Besides running the practice John’s favorite things are spending time with his daughters, skiing, biking, brewing beer and reading. 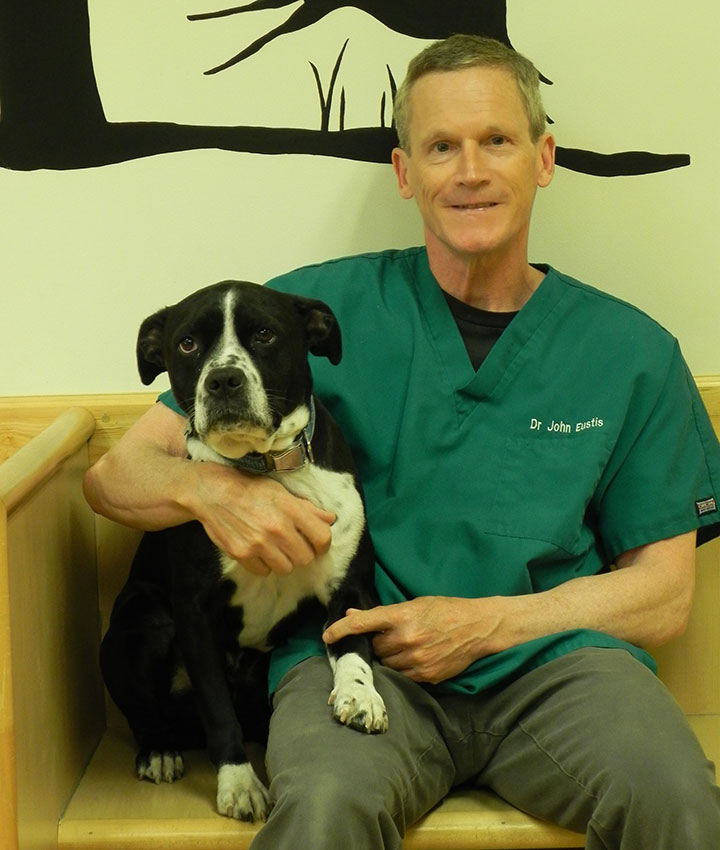